Orchids are grown indoors for their flowers. There are thousands of varieties of Orchids.

Orchids have spikes that are also known as ‘flower spikes’ or ‘stem’. This spike is the part where flowers and buds grow in.

The spike starts to wither once the flowers have done with blooming. After a while, the spike falls off too as it has done its job.

How to identify Orchid Flower Spike

Identifying an Orchid spike is crucial because it looks similar to aerial roots. Beginners may confuse it with aerial roots and vice versa.

Here’s how you differentiate an orchid spike from a root:

Hope you can identify the orchid spike properly. If not, take a look at this video.

How long does it take for an orchid flower spike to grow?

If there is abundant light the spike grows quickly.

Why has my orchid flower spike stopped growing?

Orchids may stop blooming in response to rising temperatures. This condition is called Heat stress and excessive temperatures cause an imbalance in transpiration.

After learning that they suffer from heat stress don’t go and pour gallons of water in the pots of your Orchids.

Water them adequately at the same time try to lower the temperature. This would fix the heat stress problem efficiently.

Preventing stress is ideal as treating it is tedious and takes a lot of time. Let’s see how you can do it.

Many other reasons can hinder flowering in Orchids. That is, even after growing a flower spike there can be no flowers.

Why is my Orchid flower spike turning yellow/brown?

Orchid spike is usually green in color and non-glossy. As you’re probably seeing, it may turn yellow/brown in some circumstances.

Yellowing/Browning usually happens when the orchid spike is done with flowering. The spike will lose all the flowers and starts to wither as it has done its job.

Should I cut the flower spike off my orchid?

If the orchid flower spike has no flowers and it is yellowing/browning, you can cut it off. The spike has served its purpose.

How do I cut the spike off my orchid?

Once the last flower withered, cut off the orchid spike at an inch from the base of the plant. This will direct the nutrients and energy into the roots and leaves rather than wasting them.

Do orchids Rebloom on the same stem?

Only Phalaenopsis will rebloom from its old stem. It will generally rebloom if given extra care.

Where to cut the orchid flower spike?

This is usually 1-1.5 inches above the base. You can leave an inch or two as a rule of thumb. 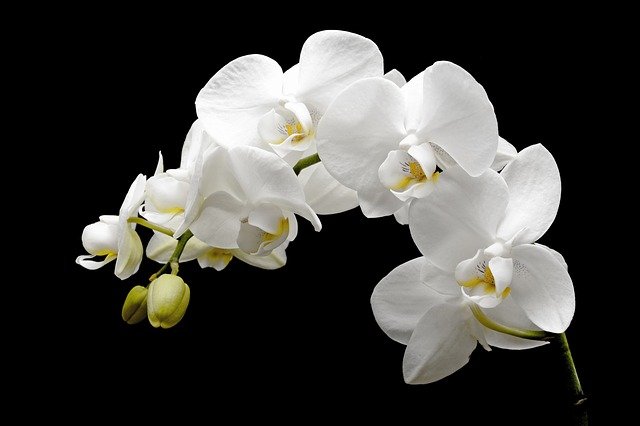 Yes, orchids will grow new flower spikes once or twice a year. They give rise to blossoms for a while and once they are done with their job, they wither and die.

After this phase, the plant will go into the vegetative stage, where it will only focus on the growth of leaves and roots.

How to make an orchid grow a new spike?

Phalaenopsis Orchid plants can rebloom even if grown indoors(and not in a greenhouse). You just need to care for the plant specially.

How do you get more than one spike on an orchid?

Is your heart greedy? I don’t blame you, who doesn’t want two or three orchid spikes? Can it be induced?

I’ve seen flower spikes give out a side branch of the spike. This new spike will give out flowers. This is not the case with most gardeners though.

You can buy plants with multiple spikes from the store. Fellow orchid growers say that cutting just above the node will induce flowering and in some cases, an additional spike!

Be patient with orchids. If possible plant your orchids in bigger pots. Doing so increases your chance of seeing multiple orchid spikes.

Why is my orchid flower spike short?

To fix: Move the plant away from the light source gradually. The orchid spike will try to reach light thus growing longer. It has worked for me before.

I hope you can fix all your orchid spike problems after reading this article. Mail me if you have a very specific question.